Bright sunshine, blue skies, live music, great artists, games, fun, delicious food for young and old and as the grand finale a world class laser show – the day of the big street party for the 50th anniversary of Hobby really couldn’t have been any better. 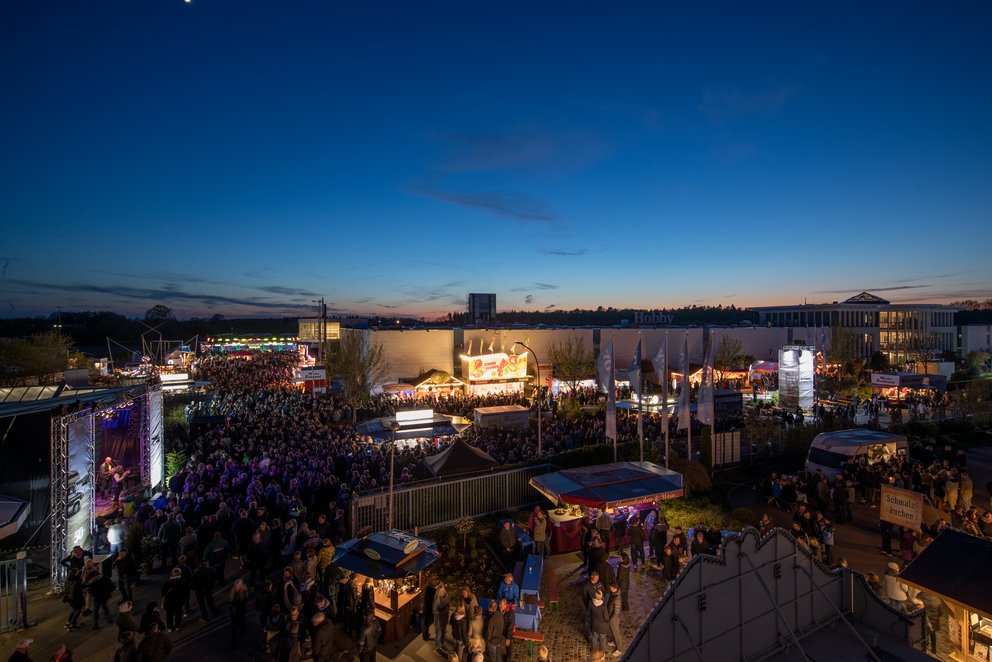 Fockbek, May 2017 – A street party as a present and thank you to all employees and their families – this is how Hobby owner Harald Striewski had imagined the big celebration for his company’s 50th anniversary. The idea and the associated present from the company founder were not just enthusiastically received by the large “Hobby family”, but by the entire region. About 40,000 people came to Fockbek on 30 April 2017 to celebrate the company’s 50th anniversary on and around the plant site. The Harald-Striewski-Strasse presented itself as a colourful party street on this Sunday, with several open-air stages, rides, food stands and action areas for fun and games. There was also an extra-large show stage in a plant hall converted into a banqueting hall. Musicians such as the duo Klaus und Klaus, the Band Godewind, the DJ Ötzi double Kay Christiansen and the Ralf Dreesen Band ensured a party mood and a good atmosphere among the guests.

There were several surprises for company boss Harald Striewski during the afternoon. On behalf of more than 1100 Hobby employees, Works Council Chairman Andreas Fleckenstein presented Harald Striewski a giant framed photo of the entire Hobby workforce – taken from the motorhome plant – and a matching photo book with expressive group photos of all departments at their respective workplaces.

The Fockbek Municipality was also waiting with a big surprise. Mayor Holger Diehr and Town Clerk Werner Stave awarded Harald Striewski honorary citizenship of the Fockbek Muncipality. With this prestigious award, they honoured not only Harald Striewski’s outstanding business performance and loyalty to the Fockbek location, but above all his social commitment, which is reflected in the social, sport and church areas.

When dusk finally fell and the setting sun bathed the well-attended party site around the Hobby-Wohnwagenwerk in warm light, the excitement and anticipation of the grand finale was tangible among all the guests.

“I’ve been here with my entire family since noon today. We’ve had really great fun all day long. A fantastic party – for the children too. Now we’re really looking forward to the big laser show,” enthused a young mother from Busdorf near Schleswig, expressing what most partygoers felt.

What happened then was amazing. Over the next 20 minutes, light artists and pyrotechnicians conjured up a colourful, highly varied painting across the Fockbek night sky. There were new, spectacular light images, illuminated logos, dancing letters, mysterious shrouds of mist and brilliant colour compositions to astound the uncountable visitors to the Harald-Striewski-Strasse again and again. The spectacular laser show was accompanied by tuneful music. Finally, the climax was the brightly lit anniversary logo above the main stage. “50 Years of Hobby” stood there in large, flaming letters. 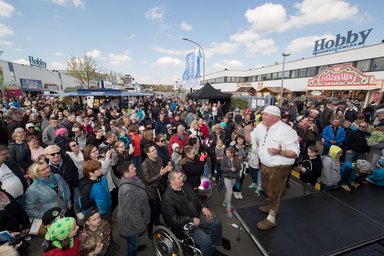 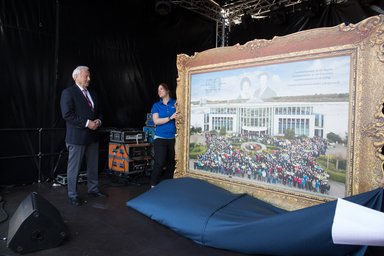 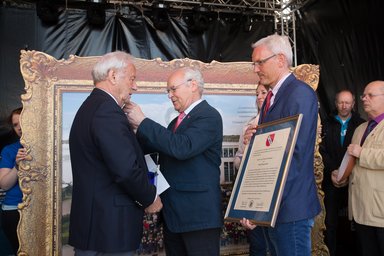 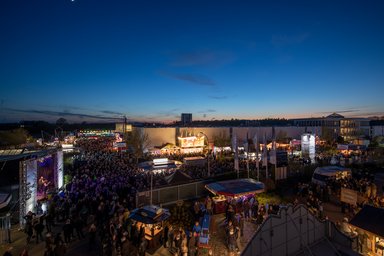 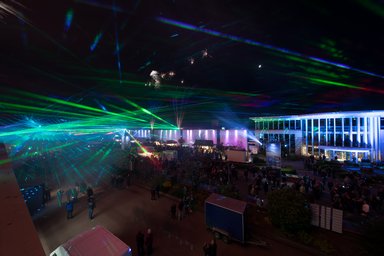